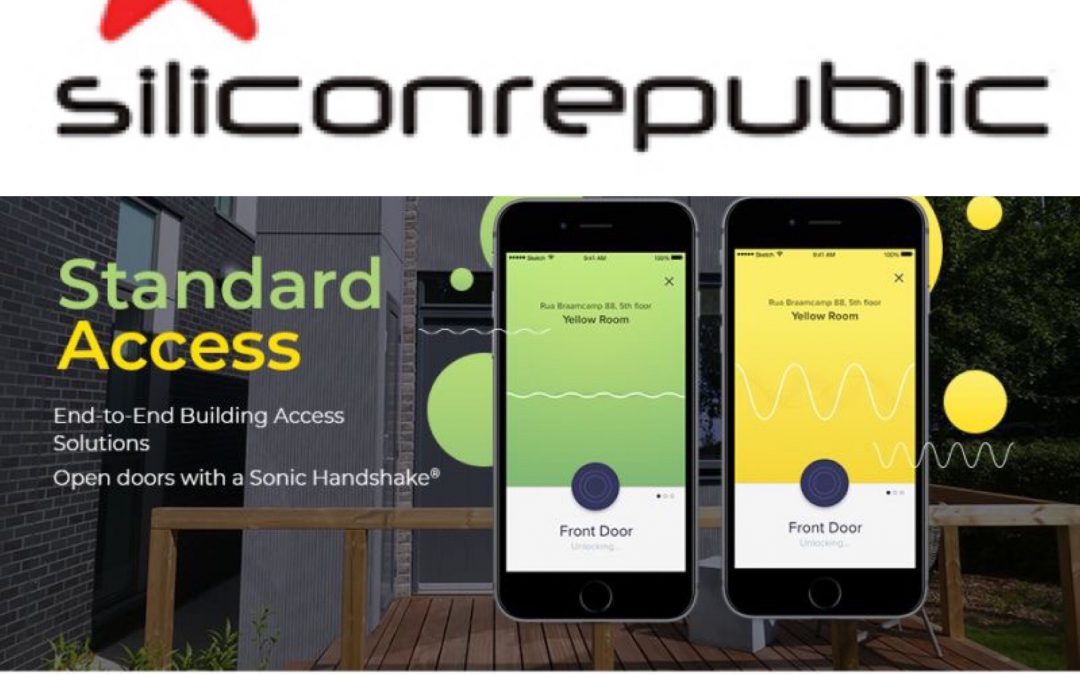 Kerry company Standard Access, which builds internet-of-things tools for real estate management, has won a patent for its access control tech in the US.

The company is building a ‘digital spine’, a hardware product that aggregates all of a building’s various access points and gear like sensors and cameras into one hub.

One of its key developments is an audio system for unlocking doors. Rather than using NFC or Bluetooth technology, smart locks in buildings will recognise a short, encrypted audio file unique to each tenant’s phone that will unlock the door. The sound cannot be heard by the human ear and aims to eliminate the need for keys, key cards and fobs. Founder and CEO Damien Browne said this “burst of sound to the door” could be more effective as it would work with both old and new smartphones, unlike NFC which may not work on older models and Bluetooth which can have different variations.

“A lot of the smart locks on the market at the time were using Bluetooth and NFC but they were all designed for the home automation business and all the intelligence of access control was in the lock itself, so the batteries were only lasting about two or three months,” Browne said on why the company developed an alternative.

“[In a commercial setting], it wouldn’t last two or three weeks because of the amount of people going through the doors and the information going back and forward between the lock and server, which is draining the batteries too fast.”

The patent process was arduous and took five years to complete, Browne said, but it now gives Standard Access a boost in pursuing business in the US market. “It was a massive lift to us, as 2020 was such a disaster in terms of trying to do business. We finished all of our R&D for this product toward the end of 2019 and we were just launching our product in London and Dublin in 2020 and we had a lot of sales built up in the pipeline.”

Commercial real estate in 2020 was rocked by Covid-19 and it will be a slow recovery, which has a knock-on effect for proptech companies such as Standard Access. The Dingle-headquartered start-up is now focused on further developing its digital spine product to help building managers control disparate systems within a property.

“The digital spine is basically a bit of hardware kit that will talk to all the other platforms inside a building,” Browne explained. “It’s a platform for platforms. A platform will be a building management system, it might be connected to CCTV, access control, a tenant engagement app, IoT sensors.”

In the coming year, the company will test new features in the digital spine product and plans to start rolling it out to more properties in the latter half of 2021.

Browne added that the company is in the middle of raising a €4.5m funding round to finance this development and to grow its team of eight, which is based in Kerry and Limerick with remote tech talent in Bucharest and Belgrade. He expects to add eight more people to the team this year.